You are here: Home / Video Games / Exercise Video Games – A Complete Guide
FYI, TheGameRoomReview.com is "reader-supported", meaning that when you buy through links on this site, I may earn a small commission (at no extra cost to you). Note that this does not affect which product(s) I include in the article as the product(s) are selected based on their quality and reputation regardless of the affiliate relationship.

Thanks to advances in motion control technology, there are many games that utilize motion sensory devices such as Xbox Kinect, Wii remote & PlayStation Move, and other interactivity accessories such as VR headsets, and balance boards to provide players with light to heavy workouts.

With the ever-growing popularity of VR and motion controllers, we expect fitness games to grow in popularity as well. Regardless of your preferred gaming consoles, there are tons of games that ensure you are physically active while you enjoy them.

There are many excellent exercise video games to choose from. We have reviewed the best ones on the market which provide fun and a good workout. These games all use motion controllers such as the Wii remote & balance board, PS move, and Xbox Kinect.  We’ll touch on that more later.

Your Shape: Fitness Evolved (for Xbox 360) 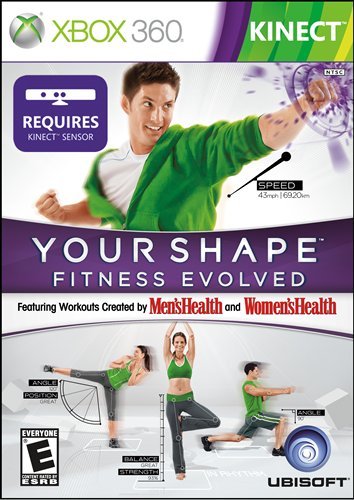 This game is the sequel to Your Shape and is one of the best exercise games around. It uses the Kinect Sensor to track your movement. This allows for a feedback system that ensures you follow the coach’s instructions properly and correct your form in real-time. With this game, you can set and meet fitness goals while taking Yoga and Martial Arts class.

You also interact with visuals on the screen that mirrors your movement and impact. The game enables you to keep track of your progress and offers a plethora of choices. You can pick something new every single workout session. There are workout programs from Michelle Bridges, celebrity trainer Michael George and many others. Players can also engage in cardio boxing, yoga, martial arts or even play gym games.  Basically it’s like having a virtual gym at your home! 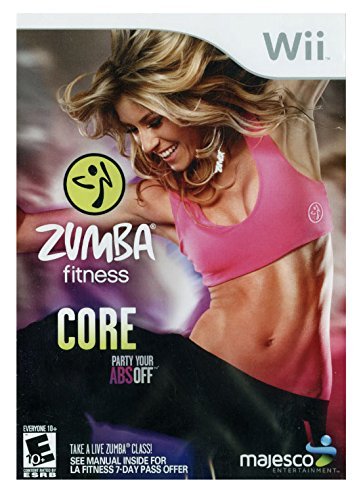 The Zumba fitness game is one of the most popular games that allow for cardio fitness exercise. This dance game guides you through sweaty workouts as you dance to music. There are over 20 dance styles and 30 exercise routines you can move to.

Instructors include Gina Grant, Zumba creator Alberto “Beto” Pérez, and others. Series features music from all around the world and includes music from stars such as Lady Gaga, Pitbull, Priyanka, Daddy Yankee and many more.

This exercise video game uses motion controllers to track your movement and give you real time feedback. The Wii and PS versions even come with a Zumba belt in which you can insert your motion controller and move with your hands free.

You can also customize your workout environment and pick the type of workout music you want to hear. This game uses the Wii remote but is also compatible with the Wii balance board.

Wii Fit Plus (for Nintendo Wii) 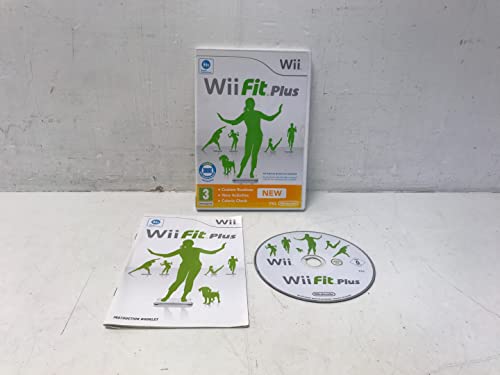 This exercise video game is an enhanced version of the Wii Fit. It features games that use the Wii Balance board and as such, it is sold with the balance board. This game has all the activities present in the Wii Fit (about 30) as well as 21 new exercises.

Exercises range from balance games to yoga to aerobics and strength training. This game will also let you know when you are doing an activity wrongly, so you can correct your form. 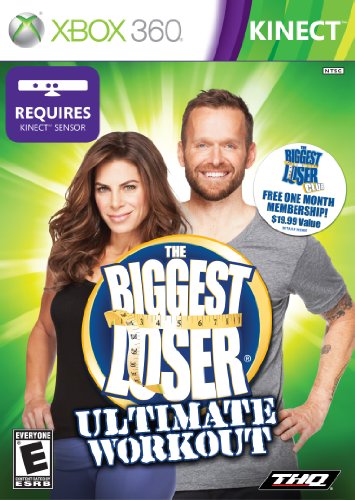 The Biggest Loser Ultimate Workout is designed to help you get in shape and lose weight. This exercise video game is based on the popular TV competition reality show entitled Biggest Loser (created by Ben Silverman, Mark Koops, and Dave Broome), which has yield marvelous results for many contestants.

The Biggest Loser game uses the Kinect to track your movement and ensure your form is correct. Also, the game features movements that work your whole body. You can also opt for a customized and personalized workout routine. 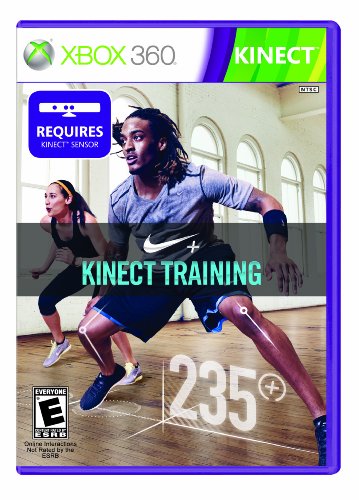 Xbox collaborated with Nike to give us the athlete inspired Nike+ Kinect Training video game. This exergame incorporates the Nike Sports science with the Kinect camera to deliver a reactive and exciting workout regimen designed to work your entire body.

With the help of a virtual trainer, you can work your way through plans and preset workout routines. You can also track your progress and meet on your goals, be it weight loss, marathon training, strength training or muscle toning. As you progress so does the workout program. It will evolve to perfectly fit your needs. 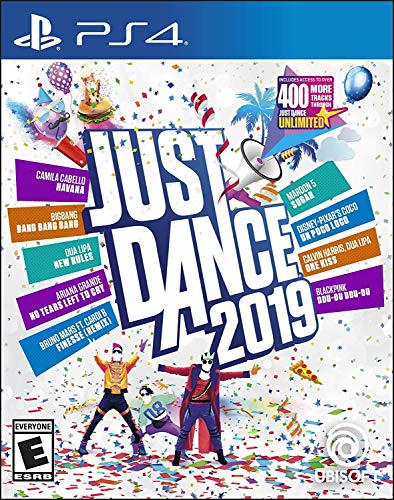 The Just Dance video game is designed to have you just that – dance. It provides a great dance workout on your game console. The 2019 version of the Just Dance game series has over 40 popular songs from megastars such as Bruno Mars, Camila Cabello, Sean Paul, and Daddy Yankee.

You play this game by mimicking the on-screen choreography using motion controllers or the game’s smartphone app. You simply have to follow commands that appear on the screen. Players are then awarded for their accuracy. This game will give you a light workout while you improve your dance moves. The game also has a Kids Mode, which is designed for children.

There are 11 main exercise video games in the series and several spin-offs, which follows the same gameplay mechanics.

The Widerun VR cycling game gives you the opportunity to through virtual world. It eliminates boredom and makes your cycling exercise routine more exciting and lively. All you need is to plug in any kind of bike that has wheels ranging from 26 to 29 inches. It works on the Oculus Rift, Google Cardboard, and Samsung Gear.

While the idea of cycling around the globe is an exciting idea, the Widerun game is still in the development stage and you have to pledge about $450 before you can get the full Widerun kit, which includes the steering module, trainer (onto which you mount your bike), and a host of VR courses.

The ICAROS Machine is designed to give you a full body exercise with the help of a workout cradle with doubles as the controller. It is the winner of many global awards for innovation. It has several game titles including Icalethics (exercise game), Steroids (racing game), Engadin (landscape exploration game), Deep (Under-water exploration game), Flight (a flight stimulation), and several more.

Motion sensory controllers have allowed the biggest game consoles such as the Xbox and the Wii to be host to countless exercise video games.

With the introduction of Xbox Kinect, fitness gamers are free to move as they please without the need of an in-hand controller like the Wii or the PlayStation Move. The Kinect uses a depth sensor, camera and microphone to track the movement of the gamer, that data is then sent to the Xbox console to interpret.

The lack of a held controller or motion detection board allows for an unsurpassed range of movement. Gamers can be more active, and get a full cardio workout. Although Microsoft discontinued Kinect in 2017, the technology behind it will be incorporated into many future products such as the Azure Kinect, which is yet to be properly released.

You can also get a Kinect adapter for the Xbox One S, the Xbox One X, and computers running the Windows 10 OS. There are also many exercise games that can be used with the Xbox Kinect, so it’s a super useful piece of equipment.

Exercise video games reviewed that can be played on the Xbox include Your Shape: Fitness Evolved, the Zumba Fitness series, Biggest Loser: Ultimate Workout, the Just Dance series, and Nike+ Kinect Training.

Wii introduced motion gaming to modern video games via the Wii remote. It wasn’t only avid gamers who enjoyed the Wii but also casual gamers and people who otherwise won’t play video games. Exergames such as Wii Sports Resort and Wii Fit had everybody exercising with the Wii from preteens to grannies.

The Wii balance board may not have allowed for the level of freedom that the Kinect will later provide however, it was immensely popular shipping over 42 million units.

The PS3 uses both the PlayStation Eye Camera and the PlayStation Move to track and capture movements of the player. While this may not allow for a full range of motion capture, there are games that take full advantage of both motion control devices and have brought you challenging and effective exercise video games.

The PS Eye Camera may not be compatible with the PS4 but the console works with the PlayStation VR system which is specifically designed for motion gaming. Sadly, unless coupled with equipment such as stationary bikes or cradles, virtual reality games don’t allow for as much exercise as other systems (Wii and Xbox) does due to safety issues as you cannot tell what is going on around you with the VR headset on.

Exercise video games you can play on the PS include the Zumba Fitness and the Just Dance series.

Virtual reality exercise video games allow you to exercise while enhancing social support and providing learning and training environments. With the help of a stationary bicycle, VR games such as Widerun allows you to cycle through many parts of the world.

It combats boredom and provides you with motivation, direction, and social support. VR coupled with cradles, or stationary bikes provides a safe space within which you can play exercise video games without the chance of causing harm.

These are some of the best exercise video games currently on the market. In the coming decades, exercising and physical movements are going to be incorporated into many more games from adventure to sports to action games.

Exercise video games are the future – and they provide tremendous health benefits to gamers who play them. Back to the present, these exciting and immersive games allow you to get fit while having fun. We hope you pick up an exercising video game and start gaming.